While most seek out bungee jumping, parachute gliding or even mountain climbing when wanting excitement in life, those who engage in online entertainment, specifically online gambling, often seek out adventure games that could lead to enormous winnings. Award-winning software developers cater for a wide-player audience using an array of different themes. Adventure themed slots have proven to be amongst the most popular due to the fast-paced action that is boosted by an abundance of bonus features.

Read More
Jack and the Beanstalk

Read More
Valley of the Gods

Read More
Journey To The West 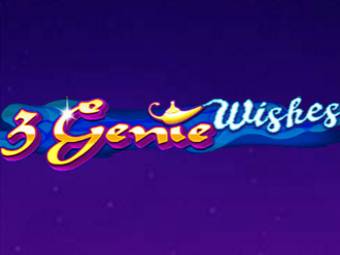 Read More
Secret of the Stones

Slots featuring an adventure theme include several branded slots that are based on films, gaming characters or television series, and invites players on an adventurous journey. Most adventure slot devotees instantly think of Indiana Jones, although it is Lara Croft and Rich Wilde that steal the spotlight as the most enjoyed characters based adventure-themed games. Newly released adventures such as Tarzan, Relic Heroes and Jungle Jim El Dorado enjoyed instant popularity with international players, and continue to rank high amongst those seeking slots of this nature due to their interactive design, features and winning possibilities.

Jurassic Park online slot is inspired by the blockbuster film director Steven Spielberg. It boasts a wide assortment of special effects, just as the movie, and provides an island hob bonus, pirate attack wilds, treasure hunt and free spins to capture players attention for hours with its 243 ways to win feature. Jurassic World is building on the success of the award-winning Jurassic Park slot and is one of the games competing for the Game of the Year at the EGR awards.

A few others who have been nominated for the Game of the Year include Vikings Go Berzerk and Viking Runecraft are adventure styled games powered by Yggdrasil and Play'N Go, a leading game developers in online gambling industry. Both are unique in their design and execution allowing players to become involved in the game on an interactive level.

One of the most recognised slots that are themed around an epic adventure is Gonzo’s Quest, a NetEnt production. It is based on the character Gonzalo as he searches for the treasures hidden in Eldorado. The game is a popular choice for online players and replaced normal spinning reels with the introduction of avalanche reels.

It is clear that adventure slot games that draw the largest volume of attention by those who play online all have several design elements in place. This includes advanced graphics, outstanding sound effects and is jam-packed with spectacular bonus features. Collectively they allow for the enjoyment of hours of fast-paced action that can result in substantial winnings. While winning while playing is obviously an important aspect of the adventure themed slot, it is the overall impression that slots of this style leave with a player, but also how it often reminds them of movies they enjoyed in the past, and that adds to their value.